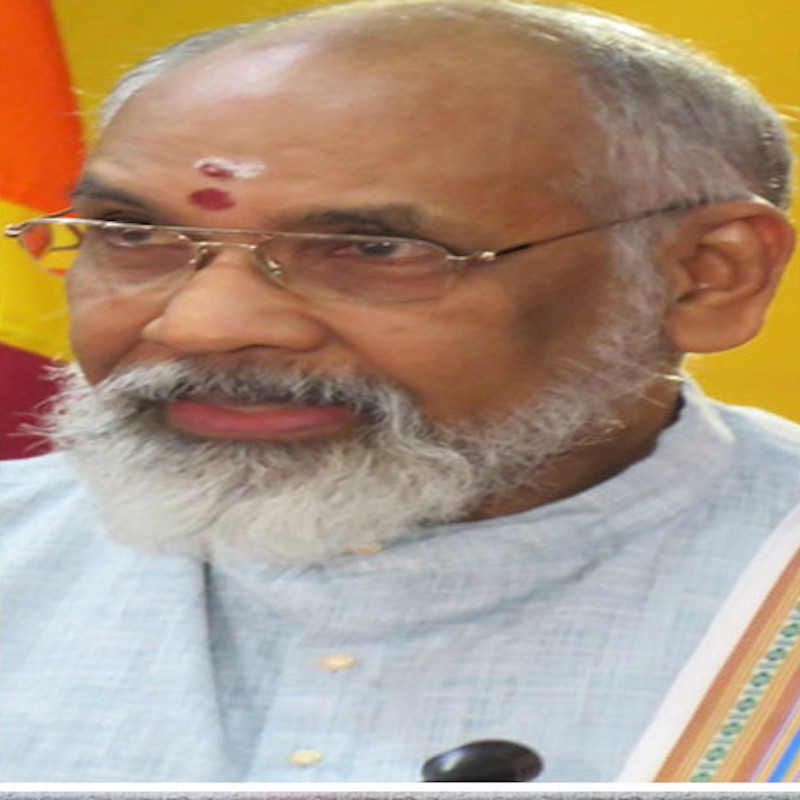 C.V.Wigneswaran lives in Colombo intermingling with the Colombo Sinhala elite society. Both his daughters are married to Sinhalese. His ‘controversial’ speech focussed on the North and East as historical homeland for Tamils, and the Tamil language as the official language from time immemorial

Jaffna District MP C.V. Wigneswaran, a former Judge in Colombo, after his retirement turned politician in Jaffna, made a provocative speech at the inaugural ceremony of the new Parliament that raised many eyebrows. Some MPs considered his speech a tongue-in-cheek style of verbal diarrhoea, particularly his lawyer colleagues who remembered him on the Bench.

C.V. Wigneswaran lives in Colombo intermingling with the Colombo Sinhala elite society. Both his daughters are married to Sinhalese. His ‘controversial’ speech focused on the “North and East as the historical homeland for Tamils, and the Tamil language as the official language from time immemorial.” He further added that the Mahavamsa cannot be taken seriously!

Energy Minister Udaya Gammanpila denied Wigneswaran’s claim and challenged him to a public debate to prove his stand. Wigneswaran responded by saying ‘Gamanmpila’s historical references were outdated’. He requested the Energy Minister to study history again; he also declined accusations about forbidding Sinhalese and Muslims entering the North when he was the Chief Minister. His words were: “Truly, I must be a demon to have said so when my children have married Sinhalese.

“As a representative of the Tamils, I find nothing significant to comment. No Government has so far rendered any noteworthy help to pull out our war-affected people from their penury struck indigent circumstances.” Well! Except for a blind man, anyone visiting Tamil areas will see the amount of development done by Mahinda Rajapaksa regime to North and the East after the LTTE war.

On the question of blood donations to patients in Tamil areas by the military when the Vellalar community desisted due to the prevalent caste system (common fact), Wigneswaren responded that “people of the North had donated blood to the blood Banks before the Army arrived.”

“Every successive Government attempted a hegemonic control over the Tamils that brought the Liberation Tigers of Eelam into the arena. It would be wrong to think that the eradication of the LTTE would erase the problems of the Tamils. I (Wigneswaren) came to the conclusions about our past, after studying specific historical facts. If my findings are wrong others must point out the shortcomings in my conclusions, he added. This is what the Energy Minister pointed out to him in simple language.

Wigneswaren exposes himself as a racist after becoming a politician. He was educated at Royal College Colombo and intermingled with the Sinhalese. He qualified as a Lawyer at Law College and practised as an attorney for more than 15 years in Sinhala dominated Colombo. He was a Member of the Sri Lanka judiciary for 25 years and functioned as a Magistrate, Judge of the District Court, Court of Appeal and in the Supreme Court. He was appointed as the Chief Minister of the Northern Province from October 2013 to October 2018. After leading a luxury life in Colombo, he seems to have changed his outlook in Jaffna. His racist overtures were prominently exposed when he first took oaths at the ‘Mullivaikkal Remembrance Day’, observed by Tamils in memory of all who died in the final stages of the terrorist war. He decided to take Oaths as a new Member of Parliament only afterwards.

During the Policy Statement Debate in Parliament, Wigneswaren further specified that “India initiated the 13th Amendment partly, as such, no careless amendment is necessary.” India forced J.R. Jawardene to sign the Indo Lanka agreement in 1987 that divided the Country into Nine Provinces. It has brought complete chaos where each Provincial Council has their own agenda and regulations; separate Police units and land distribution, among others.

The establishing of Provincial Councils helped each of the nine provinces to have their own Police Force, which meant nine separate Police establishments. It allowed the LTTE to print their currency and to charge taxes when Sinhalese crossed ‘their’ borders. The main reason why not a single Sinhala name board appears in the North and East of Sri Lanka is because of this reason. Such laws helped Prabhakaran to concentrate on a separate Eelam State. The Government should correct this mistake along with the 19th Amendment.

In a broad generalisation, it is common knowledge how the general public gets harassed by officers of such councils when people have to get the most straightforward matter sorted. Officials do not consider it their duty and obligation to help the general public who elevated them to such positions. The newly appointed State Minister of Provincial Councils and Local Government, Rear Admiral Sarath Weerasekera, is preparing a report highlighting how much wastage the Government has to bear in maintaining such councils. For the past few years, the Central Government managed without holding any local or Provincial Election.

Those who oppose and condemn the existence of such councils may refuse. Many such councils have paved the way for some members as a stepping stone to upgrading themselves as MP’s. Apart from that, those who oppose tend to lose their privileged lifestyles and lose out on their luxury living including posh vehicles at the Government’s expense; the main reason is it would be the end of nepotism.

When MP’s requested the newly appointed Speaker of the House to expunge Wigneswaran’s speech from the Hansard, the Speaker’s response was lethargic. Still, in the same breath, he announced: “I have to protect the freedom of speech in Parliament, and every MP has the right to express conflicting views.” Many would not agree with such a statement because no MP can condemn or make any adverse remarks under the cover of his or her Parliamentary privileges.

The very reason why voters gave a two-thirds majority to the SLPP was to amend or scrap the 19th Amendment wholesale. It became crystal clear how ingeniously Ranil Wickremesinghe introduced this to his advantage.

Parliamentarians, who voted in favour of it, at the time, were perhaps short-sighted on the repercussions it followed. The 19th Amendment introduced independence to Commissions such as the Elections Commission, Public Service Commission and Police Commission etc., to act freely. It is clear to what extent these Commissions functioned unfairly. The Cabinet of Ministers has already sanctioned the 19th Amendment to the Constitution to be scrapped, leaving vital and helpful 12existingclauses. f

The19th Amendment made President (Sirisena) a puppet and always had to seek advice from the Prime Minister (Ranil Wickremesinghe) to reconsider any Bill before presenting it for Parliamentary assent. That was why the Executive and the Legislature were always at logger’s heads!

President Gotabaya Rajapaksa (so far) has no power to interfere or intervene into various issues unless the 20th Amendment gets ratified in Parliament. According to the existing Constitution, Provincial Councils and Town Councils have their own rules as against the Central Government. That may be the reason why Wigneswaren is hell-bent on stating about the discrimination against the Tamil population in the North and East. Wigneswaren is well- known for making racist remarks since he became a politician of Jaffna. The present Government made enquiries from Tamil politicians as to what they meant by ‘discrimination and harassment’ to Tamils. Alas! Now they changed that phrase to ‘Tamil aspiration.’

The paradox is that any Tamil person can live in any part of Sri Lanka and engage in any business, but not a single Sinhalese can do so in the area what Tamil politicians call ‘Tamil homeland’. After the 13th Amendment came into force, Prabhakaran did an ethnic cleansing and got rid of 25,000 Sinhala and 15,000 Muslim families in the North and the East. Even to date, not a single Sinhala family can settle down in the so-called ‘Tamil homeland.’ How can it then be ‘one country and one nation? ‘The Tamil politicians always talk about discrimination against Tamils, but the fact remains 50 per cent of the Tamils live outside what they call the ‘ Tamil homeland!’.

Those who voted for the SLPP and gave them a two-thirds majority was to scrap the 19th Amendment.If the Government listens to the public view, it needs doing no matter what happens. 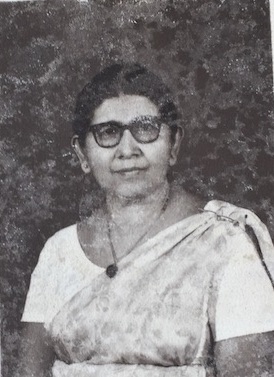 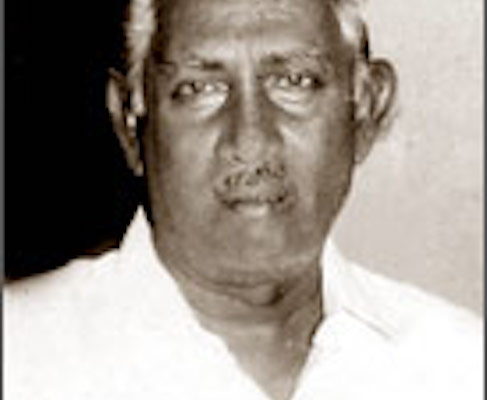 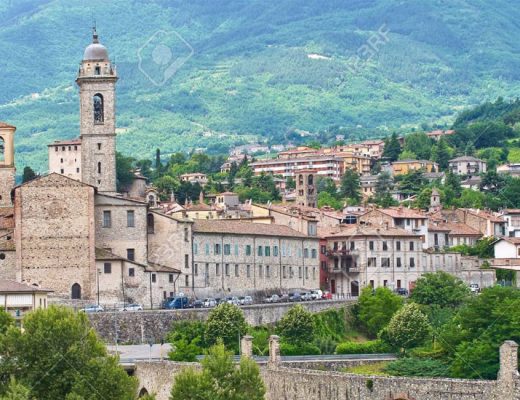 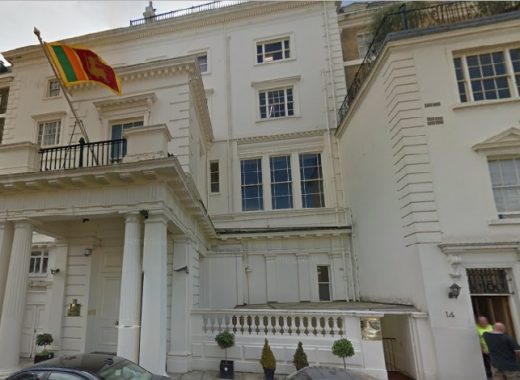 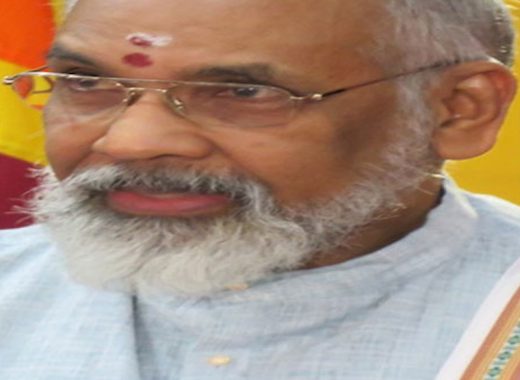 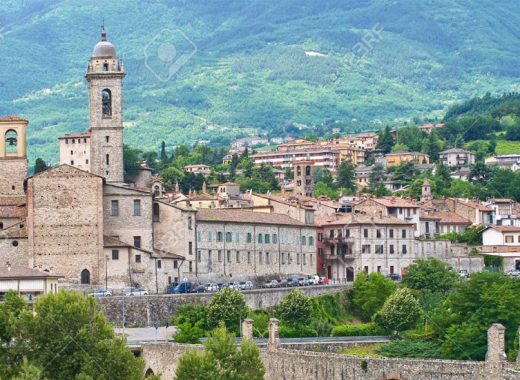