A DIPLOMAT IS APPOINTED TO A FOREIGN COUNTRY BY THE MINISTRY OF FOREIGN AFFAIRS IN SRI LANKA AND MAINTAINED BY THE GOVERNMENT. HIS SALARY IS PAID IN FOREIGN CURRENCY ACCORDING TO THE Sri Lankan SALARY STRUCTURE. STILL, OTHER SUPPLEMENTARY PRIVILEGES SUCH AS HOUSING ALLOWANCE, ENTERTAINMENT ALLOWANCE, AND ALL OTHER TAX-FREE SERVICES SUCHAS DUTY-FREE PETROL FREE TELEPHONE AND EXEMPTION FROM TV LICENCE FEES ETC COMPENSATE FOR HIS SALARY IN RUPEE CONVERSIONS

A major overhaul of Sri Lanka’s diplomatic service is well overdue. The new Government aims to re-organise and make significant changes in overseas diplomatic missions abroad. According to news Media in the Sunday newspapers, the reorganisation will come into effect within a month.

Those diplomats who had been in service for too long, and who are over sixty years of age, and be over the age of sixty on 4 October 2020 will have to get back. It should also include minor staff (such as handymen, drivers and office assistants), sent from Sri Lanka, who have passed their retirement age. There have been cases in the past due to favouritism or nepotism where retired people were sent to overseas missions to circumvent their resident visa in the UK. A case in point was an educated chap sent to London as a handyman who could not even change a fused bulb!

A diplomat is appointed to a foreign country by the Ministry of Foreign Affairs in Sri Lanka and maintained by the Government. His salary is paid in the foreign currency according to the Sri Lankan salary structure. Still, other supplementary privileges such as housing allowance, entertainment allowance, and all other tax-free services including duty-free petrol, free telephone and exemption from TV licence fees etc., compensate for his salary in rupee conversions.

The responsibility of the Diplomatic Corps is to maintain inter-Governmental relations with other Nations and diplomats of other countries to improve trade relations, tourism, exports and imports. Their function includes seeking assistance through periods of difficulty on the supply of arms and ammunition during conflicts (such as during the Separatist War in Sri Lanka). Diplomats also receive unique advantages and immunities to ensure efficiency in carrying out their duties on a mutual understanding.  They are immune to prosecution for any criminal offence, overseas Missions become inviolable and a diplomatic mission cannot be entered unless the diplomatic privilege is waived.

The diplomatic facility is often part of the Government service. In Sri Lanka, it forms a constituent part of the Foreign Ministry. Diplomats are supposed to use tact and diplomacy to aid effective communication, especially during negotiation, when attempting to be persuasive or assertive. Tact and diplomatic skills centre on an understanding of other people and being sensitive to their opinions, beliefs, ideas and feelings. They need to use thoughtful methods to aid effective communication.

In the Forces, be it the Police, STF, Prisons and other Governmental Departments there are bound to be rotten eggs in the basket. Similarly, it happens in the Diplomatic service too. There have been instances where the same Ambassador/High Commissioner overstaying longer than the contractual period (it might be the fault of the Ministry of Foreign Affairs).  In the case of the UK  Foreign Office, stringent action was taken by the British Foreign Office once due to non-return of diplomatic officers at the Sri Lanka High Commission once their tour of duty expired.

The fundamental problem stemmed from diplomatic officers, and non- diplomatic grade (so-called home-based staff) sent to London with families having school-going children. Once the families arrive in London (at the expense of the Sri Lanka Government), children get admitted to British seats of learning. The problem arises when such children get through ‘A’ level examinations or enter universities. In such circumstances ‘diplomatic parents’ become reluctant to abandon their children in foreign environments. It is a natural feeling for which parents may be pardoned. Parents, therefore, have no alternative but to seek any menial job to be with their children disregarding their former diplomatic status.

There was a time when even diplomatic officers were allowed to seek ‘political asylum’ in the UK. Such conditions have since changed. Diplomatic officers could stay in Britain as long as the London Mission employed them.  It was due to a loophole in the British Immigration Law when diplomatic officers arrived in London, the  Immigration Officer at the Heathrow Airport stamped in their passports only the date of arrival. All other visitors had a clause stating: “The condition attached to the United Kingdom is at this moment varied to require the holder not to remain in the United Kingdom later than… …” It enabled the diplomatic staff to live within the UK as long as they wished, but could not leave the UK or re-enter had they left the diplomatic service. When they decided not to return, they had to forego the guarantee given to the Sri Lanka Government and lose out on their pension rights.

The most expensive outlay the Government had to bear was the rent paid on diplomats’ accommodation. Late Lakshman Kadiragamar, then Minister of Foreign Affairs, had the vision to buy suitable quarters for diplomatic staff in all overseas countries. The Foreign Minister’s wishes were supported only in one or two countries, and the allocated funds were returned to the Treasury. However, the Government managed to procure a residence for the High Commissioner in the UK at St. John’s Wood, North London.

It was the only purchase made out of the Foreign Minister’s proposal. The investment comprised of an additional three bed-room house used by the seller’s gardener. A practical choice made by a junior secretary, who had newly arrived in London, decided to convert the gardener’s cottage as his accommodation. It helped Sri Lankan diplomats, who succeeded him, to use it for years on end up to this day. In doing so, it allowed the Government to save thousands of Foreign Exchange from draining out of the diplomats’ housing budget in London. Nevertheless, some senior diplomats preferred to live in luxury apartments with swimming pools etc., and paying exorbitant rents, when their children were in University hostels. The Government’s monthly outlay on London diplomat’s accommodation was approximately £72,000 a month in the 1980s.

What the responsible Officials at the Sri Lanka High Commission in London needed was to seek funds from the Bank of Ceylon, London Branch, to stand as a guarantor in seeking mortgages from British Banks/Building Societies to solve the accommodation problem of diplomats. But they missed the chance. It was a period when the UK went through an economic depression and the housing market slumped.

The late President R. Premadasa had an alternate opinion to solve the accommodation problem in London.  He wanted to convert the un-used basement at 13, Hyde Park Gardens (High Commission building) into several flats. To fulfil his dream, he sent construction workers from Sri Lanka and transformed the vast basement into several apartments, thus solving the accommodation problem for diplomats to a certain extent.

The Ministry of Foreign Affairs conducted a special examination to select Diplomatic officers for the overseas posts with a low pass-rate of test-takers. Even out of those who passed the exam, some officers did not show any knowledge of communicative English to promote trade and commerce, technology or friendly relations in the UK. They were unable to intermix with diplomats of other nations in London due to the language barrier. Instead, it was shameful on the part of some diplomatic officers getting involved in social intercourse by inviting their friends (in the same office) for a weekend ‘rice and curry sessions’ and vice versa.

COVID-19 perhaps made a global change to the diplomatic corps. As the COVID-19  pandemic spread like wildfire, many Sri Lankans in foreign countries pleaded with President Gotabaya Rajapaksa to bring them home. It was because Sri Lanka acquired International recognition for controlling the pandemic by maintaining a centralised health care system effectively.

The President advised all foreign Missions to register those who wanted to return home in a recurring schedule. It made some of the Embassies work at full tilt and arrange everyone’s return systematically. Some Sri Lankans being over-anxious to return home behaved irrationally blaming the Sri Lankan Embassy officials.

The Sri Lanka embassy in  Rome is a typical example where embassy staff were working heartily and enthusiastically to help the stranded Sri Lankans in all parts of Italy  to return home due to the spread of COVID-19. Although the Sri Lankan Embassy in Rome and Consulate General of Sri Lanka, Milan, complied with the President’s order, yet, some Sri Lankans in Italy have gone on record for blaming and cursing the embassy staff out of their frustration.

COVID-19 pandemic changed the attitudes of people globally and made them think and act differently. President Gotabaya Rajapaksa’s wise decision to overhaul the entire diplomatic service abroad is timely.  One hopes the new set of diplomats and those who are already in service enthusiastically pull up their socks and follow the instructions of President Gotabaya Rajapaksa, who is a strict disciplinarian and who commits himself personally to working towards the welfare of every citizen. 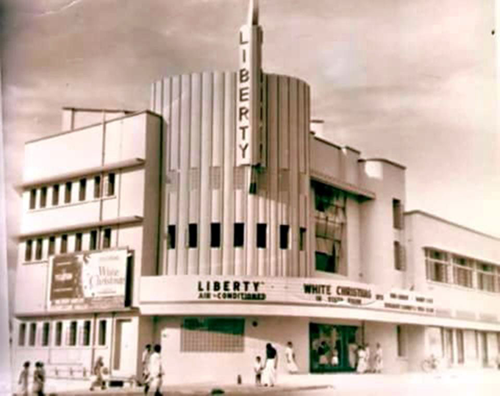 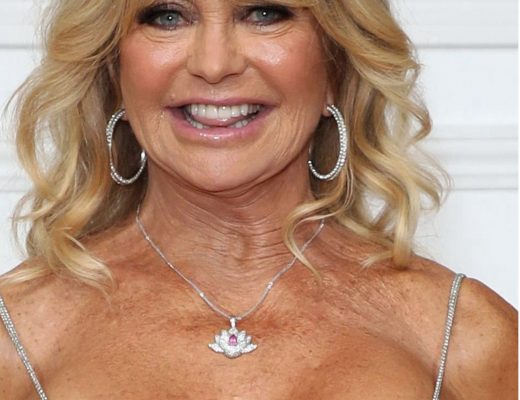 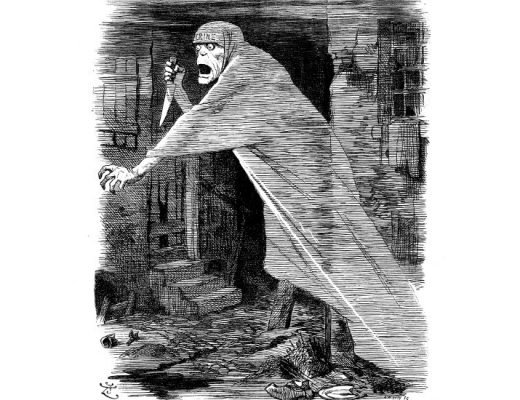