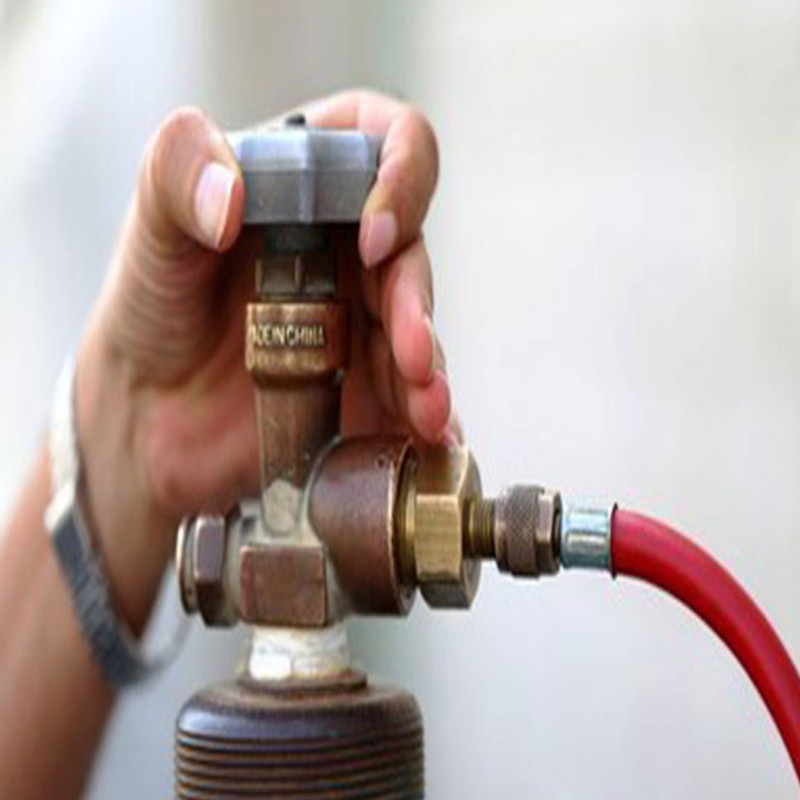 During the past few weeks, wives, cooks at various hotels and restaurants and other family members were shocked by gas explosions originating from the domestic liquid petroleum (LP) gas cylinder. From 1 January to 5 December 2021 there were 244 explosions. President Gotabaya Rajapaksa appointed an eight-member committee to investigate the recent report of LP gas cylinder fires and to submit their recommendations within three days. The Committee, after the initial investigation, recommended the following guidelines for the public to follow.

(1) To ensure the gas cylinder purchased has no leaks at the point of purchase.

(3) To refrain from using various methods that are not scientifically proven.

(4) Leaks must only be tested by experts recognised by the committee.

(5) No gas cylinders exploded in the recent explosions.

(6) To ensure the regulator is not of inferior quality.

(8) A regulator’s lifetime is (maximum) five years and hoses up to two years.

(9) To pay attention to the distinctive odour of the gas coming out of cylinders.

(10) Not to remove any accessories (such as Valves, Rubber Hoses).

(11) To ensure there is a free flow of air around the cylinder.

Apart from the inconvenience caused to the public, one needs to consider the number of consumers injured directly due to gas explosions.  Three persons were wounded on 4 November. On 16 November, another explosion took place in a Ratnapura Restaurant. On 20 November, a fast-food restaurant in Colombo 7 was entirely devastated by a fire caused by a gas leak. On the 29th of November, ten separate explosions took place in Hatton, Malliappuwa, Jaffna, Kilinochchi, Embulpitiya, Mawanella and Matara. The Committee consisting of an eight-member panel appointed by the President should investigate these explosions and consider who is responsible for paying compensation for such incidents where the whole kitchen area became violently shattered in various places? However, State Minister Alagiyawanna assured that on the 10th-night news coverage, the Government would pay compensation.

On 5 December, Ceylon Today carried a full-page advertisement from Laugfs Holdings. They defended the recent LP Gas cylinder mishaps due to ‘Improper Handling & ‘faulty Equipment ‘.  They maintain they always follow the specifications in connection with LP gas and metal cylinders.  Laugfs Holdings state they recheck their equipment against all given Government standards to ensure the customer safety.

Their advertisement admits that a few fire incidents took place on LP gas leakages across the country in the recent past. However, the social and other Media carried misleading information on such leaks, directly accusing gas companies of the composition of LP gas filled in a cylinder. Nevertheless, Laugfs Holdings claim that the recently reported incidents did not occur due to the composition of LP gas in the cylinders. They always follow the Government’s technical data, quoting SLS 712-1998 for LP gas and SLS 1178-2013 for gas cylinders.

LP gas is resourceful, ecosystems friendly, effective and a safe way to cook. Sri Lankans have used LP domestic gas since 1970. Gas companies, namely Litro and Laugfs, were blamed for amending the percentage of Propane and Butane inside the cylinder. These companies have come out stating that “explosions have occurred mainly due to leakages from ‘ faulty regulators and from connecting hoses from the gas cylinder to the cooker, but not the cylinder itself!”

Although gas companies and policymakers try to brush the issue under the carpet and place the entire blame on the consumer, what is relevant is that the recent explosions are far too many to ignore. Today everyone who gets near the LP gas cylinder does so in fear. Some women wear helmets when they use gas cookers! After the recent explosions, even the coconut shells used in clay ovens have rocketed in price. Are we to gradually approach the basic ancient techniques of cooking?

Nevertheless, the village folk would not mind going back to the ancient cooking methods of using the traditional hearths, commonly known as the ‘lipa’, but how can the wealthy folk who live in townships with modern facilities manage? Their only alternative is to spend the extra money and convert their cooking appliance to electricity. Here again, on the 4 December, the whole of Sri Lanka had a power outage in several areas of the country for six hours, placing the country in pitched darkness! It was allegedly due to a suspected mechanical failure or sabotage by some engineers working to rule linked to electricity unions. Under the circumstances, how could the consumer find an alternative?

In 1970 Sri Lanka used LP gas for the first time, with 30 per cent Propane and 70 per cent Butane. Authorities considered such a combination would be the best ratio because the mixture of Propane and Butane inside a gas cylinder would be liquid under compression. If there are leaks in the pressure system, the cylinder’s absolute pressure will exert on the cooker, resulting in a fire! Therefore, experts advise that it is not the material’s fault, thus becoming the full responsibility of the decision-makers to ensure what is the safest composition for the consumer.

What amazes the consumer is that from 1970 onwards, LP gas was used but no one experienced explosions of this nature as seen recently within the last two months!  So far, there have been ten explosions per day. What is interesting to note is the Laugfs Company says the composition of 50 per cent of Propane and 50 per cent of Butane does not bring an additional income to the company.  One tends to raise the question as to why did the gas companies alter the original percentages of Propane and Butane? According to Media reports Litro Gas has a composition in the ratio of 20 per cent Propane and 80 per cent Butane.

A journalist who exposed these gas explosions was summoned to appear in Court. The writer points out that journalists when there is a climate of fear, have a commitment towards their vocation and their conscience to throw light on whatever injustice in the interest of the public! How can society, companies, or the Government be helped if they keep quiet?  Journalists must point out that whenever a Government or company goes off the rails to inform the public about their mistakes. They contribute to developing a moral society. Each person is socially and economically free to act. Similarly, journalists’ maintaining a voluntary silence tends to be suicidal and undermines the brotherhood of a journalistic fraternity.

LP gas importers enjoy a monopoly in deciding the percentage of Propane and Butane configuration to be used because boiling points differ in each country due to climatic conditions. Meanwhile, the Director of Engineering at the Engineering Standards Division (SLSI) states that measurements used for the quality of domestic LP Gas in Sri Lanka are outdated! “There is no Standard Measurement of the composition of LPG in Sri Lanka.” Therefore, his recommendation is to take immediate action to change the existing antiquated laws and systems.

Finally, The Consumer Affairs Authority directed the two major LP gas distributors to supply new LP gas cylinders with coloured polythene seals depicting their logo in different colours. – e.g. Litro Gas with a red logo on a white seal and Laugfs with a blue on a yellow background. The consensus is the new gas cylinders need to be re-filled with fresh LP gas, but neither company has changed their colour on the gas cylinders yet.  Consumers hope the new method will be safer to use. However, the Committee observed, valves, hoses, clips, and cookers should not be substandard but recommended by the Sri Lanka Standards Institute.

The latest is the Government wants to take the two LP gas distributors, namely Litro and Laugfs, to Courts and seek a decision. Meanwhile, the Nation sits on a time bomb in a volatile situation until the Courts decision is reached.

PS: Since the publication of the above article Gas Companies display the amended  Butane percentage on cylinders, adhering to a Court Decision. 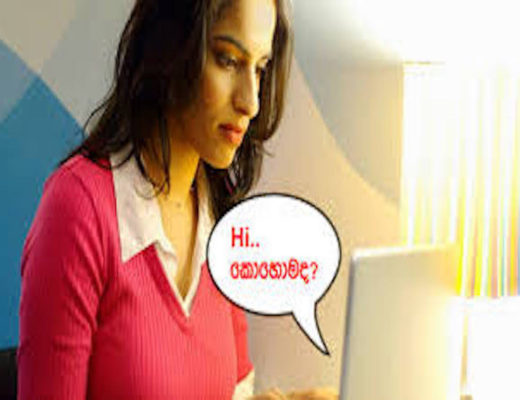 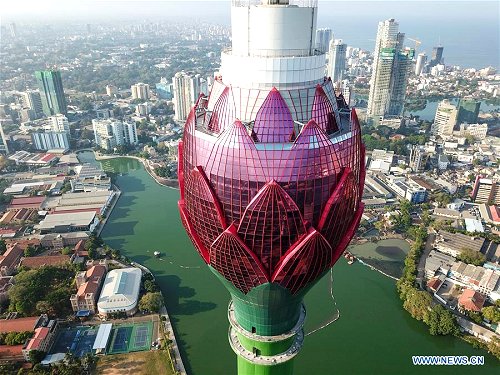 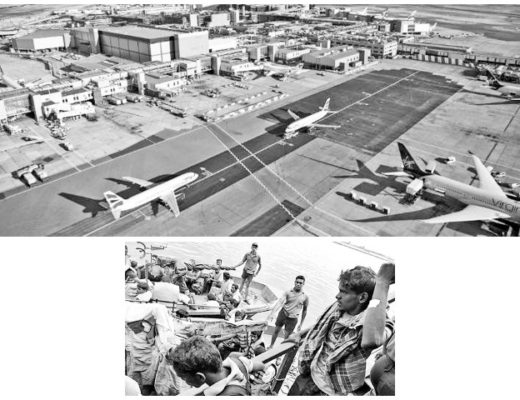 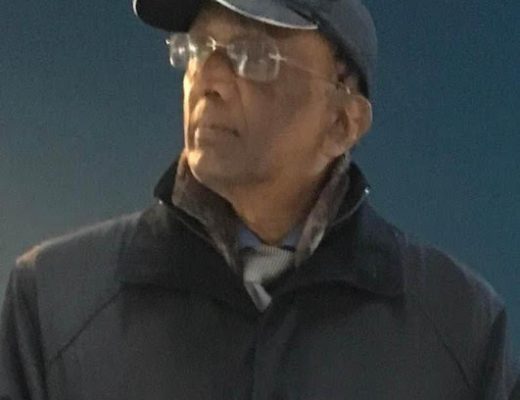 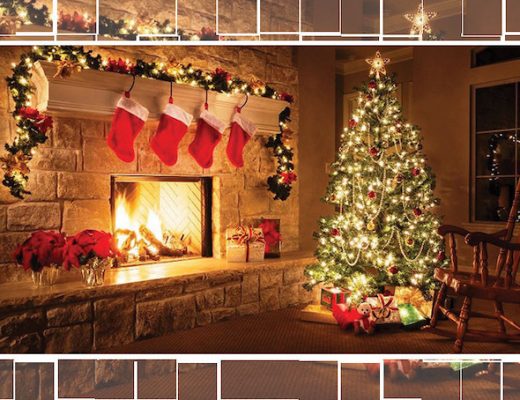