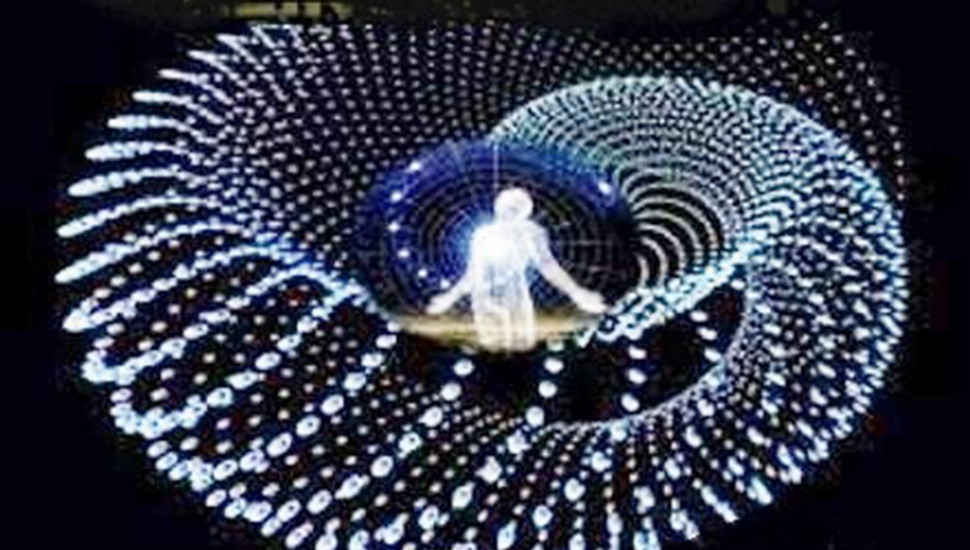 Without accepting a religion, but simply developing a realisation of the importance of compassion and love, with more concern and respect for others, a kind of spiritual development is possible for those persons who are outside of religion”- Dalai Lama.

Peter Kalu, who lives in Berkshire, UK, was intrigued by Nadi Astrology after two readings, once as a teenager and for the second time, when he was 52 years old. He comes out with some fascinating stories based on his personal experiences and considers himself a scientist.

He was teaching science and mathematics in the UK colleges at various levels. Upon retirement, he delved into rebirth, meditation, Buddhism, Hinduism, and other religions. Such exploration drove him into research and his book – Plan your next rebirth.’ He believes the idea of rebirth will also persist in the future due to the exceptional data emerging from digital Media.

He knows all ancestors believed in reincarnation, irrespective of their religions. In the modern world, around 69 per cent believe in an afterlife. Some may have a preference to be born in a separate part of the world, but the idea of choosing the next life’s parents sounds dubious possibility. It is a known fact that some communities have practised this idea for a long time.

What the author wants is for readers to think logically and scientifically. Many Buddhists aspire to reach Nirvana. It is a state where there is neither suffering nor desire! Any person who attains this state will never be born again, according to Buddhism and Hinduism. The author believes some are inclined not to aspire to reach Nirvana if one feels that he has not led a virtuous life, and as a result he might not be allowed into Nirvana. Nevertheless, one may feel he needs more time and opportunity to correct himself by being reborn as a human being.

Therefore, it will be a case of voluntarily joining a swim in the ocean of Samsara (being continually reborn), where one will be able to correct himself and engage in more humanitarian deeds in the form of service to humans and animals. The author emphasises that it is a rare opportunity to be born as a human being and states that during the evolution process, the ‘soul’ constitutes two aspects: Nama (part of the being) and Rupa (physical body). The purpose of publishing a book on a complex nature has resulted from the author himself deliberating upon his next birth! Religion, he says, is inherited from birth (as a birthright!). He was influenced by reading the book titled The Tibetan Art of preventing from before conception.

The book examines the Buddhist, Hindu and Abrahamic religions and compares each religion’s similarities and differences. The author confirms that every religion accepts an afterlife. Buddhists and Hindus believe in a continuous cycle of death and rebirth, which ends in Nirvana or Moksha, respectively. In the chapter devoted to Karma, the author considers Karma as a driving force for the human being to travel through the cycle of rebirth. Good deeds always give noble consequences – even in the present life or in future births.

Non-Buddhists often question “why someone who is engaged in evil deeds has good luck, while others who engage in meritorious deeds end up being losers.” The answer to this question lies in the accumulation of Karma during past lives. If bad Karma is in excess, a person who performs meritorious deeds would still have to face misfortunes to negate the bad Karma in his past life!

It is a form of fascinating astrology where Indian saints or Rishis in Southern India had scribed many individuals’ past, present and future on Palm Leaves around 2000 to 3000 years ago, under Devas (Deities). Books written on Ola leaves Nadi were stored by King Serfoji of Tanjore in South India. The scripts are also available in Bambalapitiya.

The author’s readings have been a memorable experience. The author advises every reader of his book to experience it and gives the Bambalapitiya house address in the book. When someone visits the Bambalapitiya abode, the volunteer places his right thumb impression (ladies left thumb) and registers their date of birth on a piece of paper.

That is the only requirement needed. After enrolling all who are present, an official will call out, one by one, according to one’s date of birth. Later, a date is fixed for the reading. On the day of the assignment, the recipient will have to select the appropriate leaf out of the bundle of ola leaves. The father’s name and mother’s name will be read out from the ola leaf and verified. The reader will then ask several questions to ascertain the accuracy of the right person before the reading commences.

The recipients must answer ‘yes’ or ‘no’ basis and nothing more. If the father’s and mother’s names are wrong, that ola leaf gets discarded and the reader picks up a new leaf. The process of elimination goes on until the reader comes up with the right ola leaf. The process can last up to 30 minutes. The person who gets the reading does not have to elaborate on any answer. There are 12 to 13 chapters, but chapter one is compulsory to identify the recipient. At the end of the reading, each one gets a recorded tape for future reference.

The author describes Kanthi, a 40-year woman operating from a Devale in Dambulla, Sri Lanka (her address is mentioned in the book). Anyone visiting her Devale gets called into her shrine room. In front of her is an ‘Anjanam Anduna’ with an oil lamp. She stares at the screen for a moment and starts shaking her head frantically. Her normal voice changes and addresses the recipient in a changed tone: “Whatever you want from me, just keep it in your mind, but do not tell me”, She would say.

Then she focuses on the recipient’s mind and utters some words in a peculiar language. It is supposed to be her Deva’s speech, but she translates it into Sinhala. The author enquired after his neighbour’s young daughter Zoe, who suddenly was down with CRPS – Complex Regional Pain Syndrome. She said to Peter Kalu: “You are asking about a pretty foreign girl!” Then Kanthi’s medium (deva) had divulged to Peter Kalu, “They have already found a suitable doctor for treatment for the girl, and there is no need for me to do anything.

Take this Talisman and give it to her.” Peter Kalu explains in the book how Zoe’s right leg became motionless suddenly, and later, her entire leg became dysfunctional. Doctors in Harley Street, London, and the Royal Hospitals in Bath, reiterated that “there was no treatment for her condition” and gave up treating the girl. When Peter Kalu returned to Maidenhead, after his holiday in Sri Lanka and contacted Zoe’s family, they told him that they found a practitioner in Dublin, who would treat her using a machine called Calamare.

They were taking Zoe the following morning to Dublin. It coincided with what Kanthi said in Sri Lanka. Peter Kalu was flabbergasted. Zoe wore the Talisman given by Kanthi until she completely recovered. Since then, she has got married and has a child. There was no sign of CRPS for six years until the author recorded this incident in his book.

Another school of thought is that a persona may remove his Karma if he sincerely regrets it, yet what is impossible to delete is accumulated from past lives. Therefore, the author’s advice for readers of his book is to change one’s life by eschewing negative traits. These are greed, hatred, violence, anger, envy, conceit, dishonesty, pride, stubbornness; one needs to be generous and help others, especially those born less fortunate. The author’s view is that there is only one way to lead a sensible life – practise vipassana meditation, which is very popular among Buddhists.

The Virginia University-based Dr. Ian Stevenson worked for 50 years on reincarnation with Professor Carlson until Carlson’s death in 2007. In the USA, the word ‘reincarnation’ is taboo yet accepted globally in Buddhist and Hindu communities. The book also discusses many rebirths both in Europe and Eastern countries. There is a special request from the author to readers to have a Google search on Purnima Ekanayake on reincarnation. She was a male incense stick vendor in her previous life, now reincarnated as a woman.

Finally, the author states that humans have evolved since they appeared on Earth with their thinking ability to think. Humans are more developed than any other animal, which is why some people can comprehend more than others. According to Buddhist cosmology, there are thirty-one planes of existence. Buddhists and Hindus believe deities occupy twenty realms, ten realms by Devas and one domain by humans. 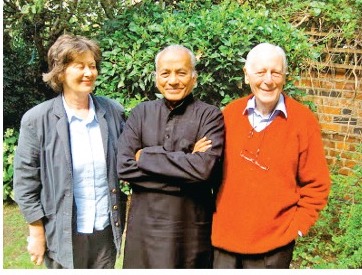 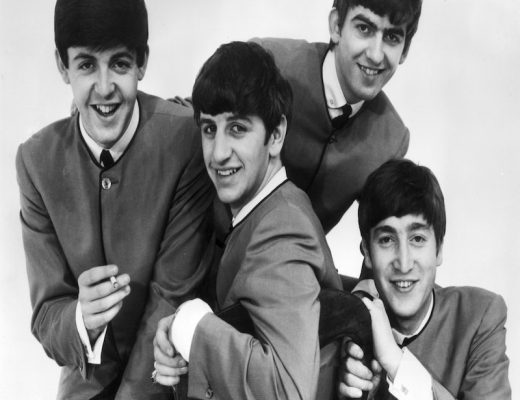 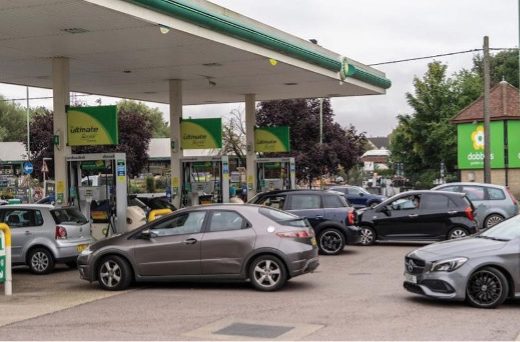