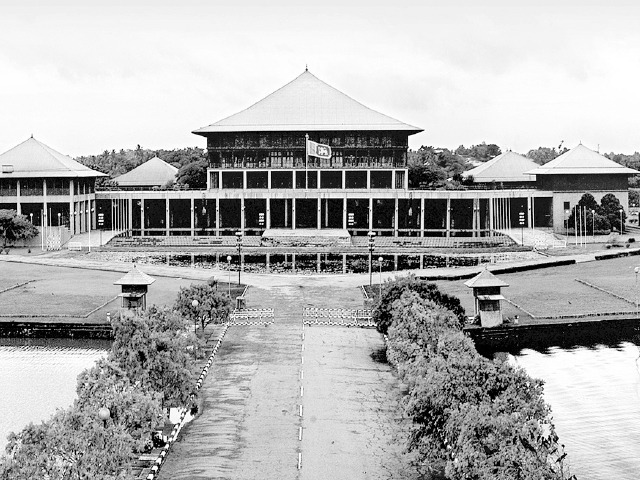 The Difference between an Administrator and a Politician. The feature article on ” Impending General Election and Guidelines for voters to choose right the candidates” by Dr C.G.Ilangakoon in the Ceylon Today newspapers on 26 February 2020 was appropriate and convincing. The article has given many a guideline for voters to choose the right candidate in the 2020 general election.

It advises further for voters to study judiciously and find out whether the candidates who have been put forward by all political parties are wise and true patriots.  Are they capable of turning the country’s ‘economic progress and its ethical development?  For the past 72 years, all major ‘political structures’  in this country have been considered as being ineffectual, irrespective of their hues and symbols. This is quite apparent, even at present, where a general election is just around the corner, how the two major political parties are squabbling over party symbols; how various members of each party appear in front of TV cameras and act like a bunch of jokers, making a mockery of the entire political process in this country and fighting their internal battles, rather than concentrating on future polices to save the county from the present quagmire.

In a broad generalisation, most of the politicians have not proven their mettle or the capacity as true patriots of this nation in its entirety. Had they been so, then the country should not have been in dire straits today making three generations of even the unborn to be debtors to the country in the future, Just before the Soulbury Commission decided to grant independence to ‘Ceylon,’ Michel Foucault, motivated by the Western press, expressed the opinion that “Ceylonese were not  ready for a civilised government.”  His prediction after 72  years has today proven as a reality, until Gotabaya Rajapaksa, a strict disciplinarian and an administrator, but not a politician, was elected as the President of Sri Lanka, who has demonstrated himself as an administrator being the Defence Secretary once, with his military discipline, to salvage the country from the present calamity.

Almost every politician in this country is well- known for betraying the people by giving false promises,  which can only be regarded as a mere lip service!  In such circumstances, the voters today have to be sensible and educated,  especially when millions of new young voters will be making their own choice for the first time in 2020 elections. The fundamental question they should ask themselves is whether a particular candidate,  whom them have in mind to send to Parliament, has the capacity as a governing politician; whether he has any criminal records or has he been rejected by the people before; or is he notorious as a drug peddler; and most importantly, is he one of those who has been successfully engaged in political somersaulting for selfish gains, similar to ‘rats abandoning the ship’?  In such an event, therefore, it becomes one’s bounden duty to appoint politicians to office, not just blinded by a hereditary influence, particularly by their parents and ancestors, who were once being biased by wearing different coloured political party glasses.

The most striking sentence in Dr C.G.Ilangakoon’s article appears to be when he quotes, ” Thank God! the present Gotabaya Rajapaksa was brave enough to openly declare that he is a Sinhala Buddhist“. As the author of the said article explains, one has to accept, without any doubt, that it is NOT racism at all, but it does make sense. For argument sake, for instance, if someone says he is a Christian, Muslim, Catholic or  Rastafarian etc., and he belongs to a particular cult or community,  majority of  Sri Lankans accepts it as a norm, but when a Buddhist declares so, why should others point a finger at him and embellish him with false accusations and attempt to turn the issue into a political, communal or a  racist slogan? This is the mentality of the present Sri Lankan political mindset of the opposition, which goes to show to what extent politics in Sri Lanka has deigned?

In the present contemporary aeon, which is considered as a period of the media revolution, mass media acts as the saviour of a nation to highlight any misdeeds, bribery and corruption, misuse of power, and all kinds of political skulduggery by those representatives who are elected to office by the people to perform a public service. Simultaneously, when there is a climate of fear a journalist has a duty towards his vocation, towards his conscience, towards truth and his country to throw light on injustices and not be influenced by money or political inspiration. How are rulers to be helped if this is not done?

Gone down on Roller-skates.

After seventy-two years of freedom, Sri Lanka, which was once regarded as a self-sufficient country, where other south Asian countries attempted to emulate her methodology, has gone down on roller coasters due to the incapable politicians and their mindsets that have led them to bribery and corruption, from top to bottom. It turns into a hilarious concern when each political party keeps on blaming others, rather than performing their duty according to their conscience. In the meanwhile, certain hierarchical politicians have denuded themselves before the voters after promises of utter falsehood and still are optimistic to be elected to power again. These are the guys who have enjoyed all perks, from lavish limousines, imported duty-free, and who promised to work from their villages, but ultimately moving to mansions worth of millions of rupees after modifications! It is very strange how they have the guts to still seek power still by concealing their sins bravely. Doesn’t such pathetic behaviour stink to high heaven?

Those who believe and actively engaged in the universal forum (Vishwa Bala Shakthi) before the Presidential election kept on reiterating that Sri Lanka was already doomed, and to rescue this Dharmadeepa once again, a dedicated, committed and a disciplinarian, but not a politician,  will emerge with the blessings of gods ( according to Buddhism). True to their word, amidst much speculation and pugnacious situations arising among astrologers, the country was blessed with a President, who is NOT a politician but who feels the pulse of the nation and one who hates indiscipline.

He has been proven within a short period of approximately three months, in many forms, but his hands are bound to a certain extent, while the majority of the parliament tried pulling his leg.  Now that the Parliament has been dissolved on 2nd of March 2020,  and the country is preparing to go for a fresh election where the President needs a stable government with a 2/3rd majority to share his sentiments about the country. Only then he will be able to steer the ship of Sri Lanka through muddy waters.

This means it would be up to the party organisers and hierarchy of all political parties to put forward a new batch of candidates who are clean in their character and are keen on salvaging country who can blend with President’s new and novel ideas.  There is no point, in sending the old geriatrics once again to rule this country after they have messed up over seventy-two-years. The upcoming election becomes a testing ground, therefore, and will act as the final chance for voters to think about the future generation of this country. It will be a general election to sort out the patriots from the traitors and not to allow  ‘q’ to get elected by naïve folk, to flourish themselves in an egocentric manner. In this scenario, the voter has the sole responsibility to send a new set of dedicated men and women to parliament. 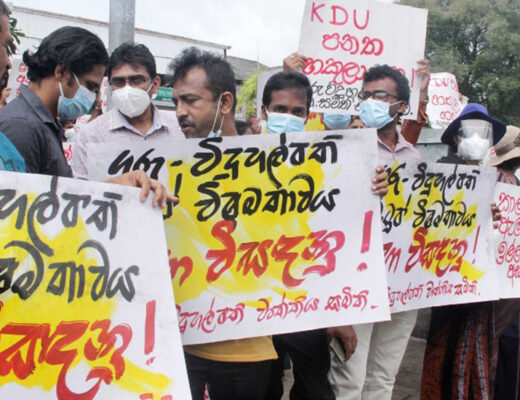