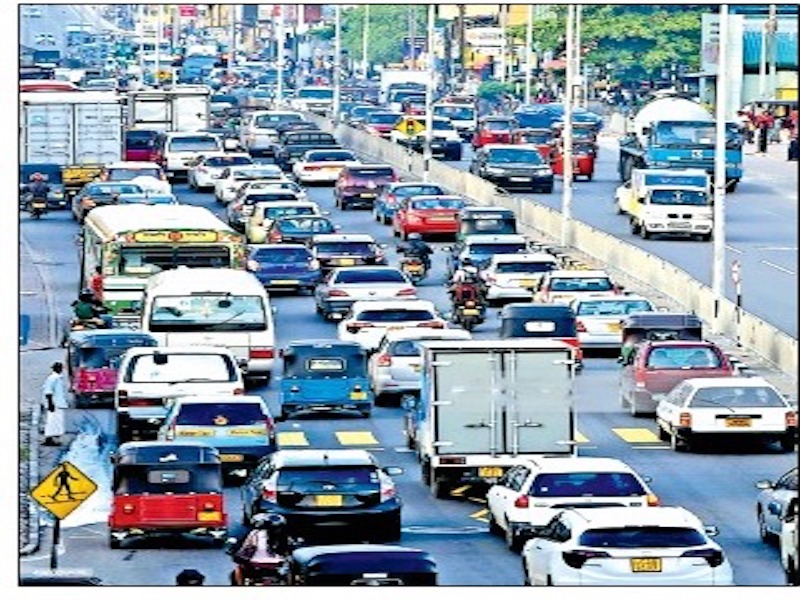 Chaos and Confusion throughout the country

People in this country have been thrown into so much of confusion during the last few days, with the removal of former Prime Minister Ranil Wickremesinghe and appointing Mahinda Rajapaksa as the new Prime Minister by President Sirisena. 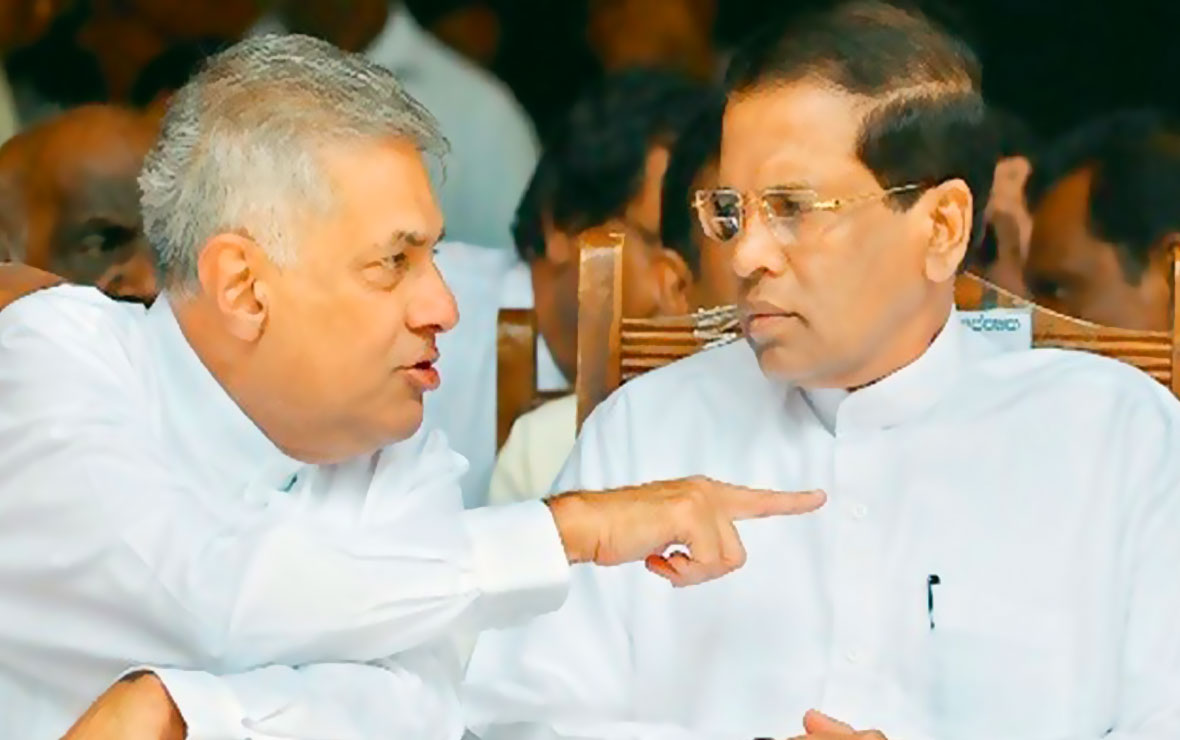 Starting point of the conflict. 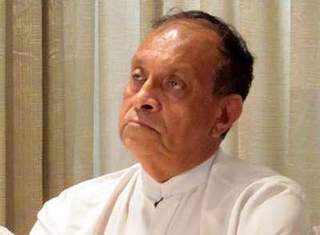 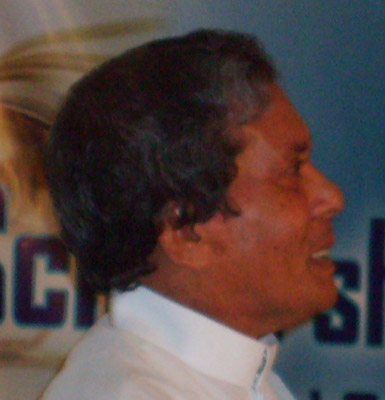 Many others opined that Ranil Wickremasinghe being exrienced politician with 40 years of experience in Parliament, 24 years as the Leader of the UNP, and having lost 23 times, now deciding to occupy Temple Trees,  claiming he is still the Prime Minister is absurd. This whole political saga has been able to transform the entire nation into a real consommé. There are many burning issues in the country to be resolved, if politicians are sincere about the development of the nation.

Basically, in any transport system, law enforcement officials work hand in glove towards a nation’s healthy economic existence. Evidently, each civilization has progressed out of an efficient transport system to buttress its own commercial growth, as well as delivering a quality of service to its populace in such a backdrop.

When we were young, as school kids, the word ‘death’was associated with a certain amount of repugnance and fear within the society, because an interment was heard quite rarely. However, the meaning of the word has attenuated seemingly over the years, especially after the civil war, where the value of human life diminished totally.

People in this country have become immune to the word ‘death’ when ambulances travelled at rocket speed blaring sirens, to transport either the injured or dead soldiers.  Consequently, it was a case of one becoming accustomed to and insensible where people are interested only in the numbers, rather than regretting the loss of life of innocent people.

Currently, people face a different kind of suffering, devastation, death, and destruction to public property due to road accidents. Every morning, the nation and its people wake up to hear news about collisions of ‘tuk-tuks’ with buses, containers or lorries, and motorcyclists dying on roads after crashing into other vehicles. The swelling up of road accidents and deaths have managed to benumb the mortal feelings to such an extent that everyone considers road accidents and associated deaths as momentary empathy.

The number of vehicles on roads seems to have surpassed the narrow road network in the country, which is evident from the long traffic queues, especially during peak periods. In such a backdrop, town planners and traffic controllers need to work in harmony to obtain optimum results, particularly to enact road traffic regulations and synchronization of traffic lights with evenly balanced time intervals, which will enhance the traffic congestion. It is obvious that by switching off traffic lights and commencing on manual operations will only cause more chaos on road. Utilizing traffic on other duties such as monitoring traffic offenders would be productive rather than making them suffer in adverse weather conditions on the roads from early morning till evening

Drivers who are subjected to intoxication of both alcohol and drugs, and others falling asleep on the wheel, have contributed towards major road accidents. A recent Police campaign to detect intoxicated drivers during day time was very impressive, but such operations should be executed on a regular basis to achieve maximum results rather than intermittently.

It is also an open secret that private bus drivers are supplied (by bus owners) with special mobile phones to communicate with other drivers, expressly to learn about their rivals’ approach (especially the CTB buses) on a marathon competition to collect passengers.This compels some drivers to use their mobile phones in one hand and operate the bus with the other, while they are on a race. Recently, new traffic regulations were introduced to fine heavily on those found using mobile phones while driving.

The statute included even one having to lose one’s driving licence on top of the fine. Unfortunately, except in rare occasions, this is blatantly ignored by majority of motor vehicle users.

In Western countries, traffic law forbids any heavy goods vehicle driver to continuously drive for more than three hours at a stretch. He is compulsorily bound to stop and take a rest before proceeding. After a weekend break, heavy goods vehicle drivers should have at least rested for 12 hours. This was achieved  by the driver having to  mark (by himself) on a log book, in a graph format, showing his ‘rest and driving periods’and limiting his driving to a fixed number of hours per week. This antiquated method of ‘log book’was replaced with a tachograph, installed in the driver cabin. With the latest modern technology, heavy goods vehicles use Linkups’ Institute Google Maps interface where authorities could review each driver’s daily driving history, breaking down into detail trip segments, reviews, stops, alerts and other key driving events such as speed levels at the time of an accident.

Those who are responsible for implementing the traffic law in Sri Lanka need to hold their heads in shame for the total breakdown of the vital directive in the Motor Traffic Act- overtaking from the left, while drivers blatantly violate this ruling.

Police Media officials have been appearing on TV and proudly announcing about the introduction of a mobile phone payment scheme for traffic offenders, but so far it has been restricted only to a lip service. At present, a traffic offender has to part with his driving licence, then pay the fine at a post office (where the post office too charges extra ten per cent as an administrative charge), and then he has to travel back to the Police station  in the area where the offence was committed, to get his licence back.

The UK adopts a system when a driver commits a traffic offence, his licence is taken and given a receipt – allowing the offender to pay the fine within seven days. He will then be able to collect his licence from the nearest Police station close to his residence rather than travelling to the area Police station where he was caught. For this purpose, driver and vehicle records are computerized and kept in a central data base, and each Police car carries a mobile computer with such records.

Criss crossing on roads, akin to cockroaches, creeping in and out wherever possible, and making U-turns on high roads, without paying any heed to oncoming traffic or the lives of passengers they carry, or to their own lives, makes driving for other road users a nightmare.

Equally, buses, heavy vehicles and tankers cutting across traffic lanes are seen as a major issue causing accidents. It would, therefore, be a sensible idea to confine three-wheelers and heavy vehicles to the inner lane (near side), and bus drivers solely to bus lanes, with heavy penalties imposed whenever they fall out of line.

This is the formula adapted by all developed countries to have a smooth traffic flow – of course, no three-wheelers are found in western countries. What is totally lacking in Sri Lanka is an efficient Police traffic patrol service.

There is no use in providing the Police units with expensive and powerful motor bikes and panda cars, if they are only allowed to just wander around wasting tax payers’ money on fuel. The Police patrol should be given powers, like in the West, to detect traffic offenders and issue them with instant fines.

The unfortunate aspect with Traffic Police in Sri Lanka today is that although they are paid handsomely at present, there is a tendency among the corrupt officers to accept bribes and let loose the offenders. Although the Police acknowledge this fact of having rotten apples in the Police force, yet no visible action seems to be taken. In such an ambiance, offending motorists too are tempted to offer a bribe and get away, rather than going to Courts – which adds up the chaos. 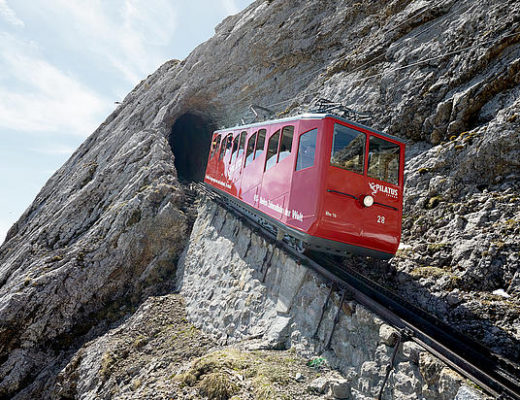 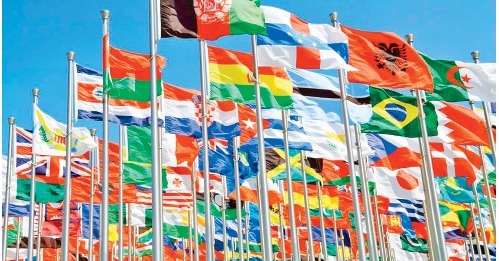